Reflecting on the Impact of COVID-19 on the Asian Communities

2021-11-15 (월) Spencer Jahng / Pingry School
글꼴 크게 작게 인쇄 facebook twitter 구글
It has been over a year since the uptick of racism and hate crimes against Asian-Americans related to the COVID-19 pandemic. The Asian-American community has come together offline and on social media to bring awareness through gatherings and campaigns including #StopAsianHate. Looking back after a decent amount of time, have things gotten better? Can we say that we are in a better place?

First, there are many things we can count as headed in the right direction. COVID-19 vaccines have been available to the general public for quite some time now with campaigns aimed at various sub-communities in particular. President Biden introduced the COVID-19 Hate Crimes Act in May, which boosts public outreach and accessibility to resources to make reporting hate crimes easier to the public. Numerous organizations and communities have arranged their own community events in order to support those affected by racism and to raise awareness in hopes of preventing more terrible occurrences. All of these positives make it clear that there is an upward trend towards regaining normalcy in our daily lives.

At the same time, however, there are still instances of racial prejudice occurring daily throughout the country. According to Stop AAPI Hate, there were more than 9,000 reported hate crimes against the Asian Americans and Pacific Islanders (“AAPI”) community in the U.S. since the beginning of the pandemic. The number of cases receiving media attention has gone down recently as the news cycle has moved on to new topics, yet there are still plenty of incidents in which unsuspecting and undeserving members of the AAPI community face racism, myself included.

While on vacation at a resort destination recently in the U.S., where you would expect guests to live up to a certain standard of behavior, an older caucasian male came up to me while I was waiting for an elevator. Completely unprovoked, he yelled out a racial slur at me, looked at me with a look of disgust, and continued yelling as he walked away. Although it was a brief encounter, I was left completely shocked and felt violated. What did I do to deserve such an unjustified encounter? While I was rattled during the incident, it eventually led me to think more deeply about the perception and role of Asian-Americans within local communities and beyond.

As life is gradually turning to normalcy, I believe the current heightened awareness of Asian-American through these negative stories can be turned into a positive for the community. One way is to use this time to demonstrate just how much the Asian community has contributed, not only within our local communities, but also to our national economy and culture as well. For instance, there are numerous companies founded by Asians or Asian-Americans that have become recognizable household names in the U.S. and improve everybody’s day-to-day lives. Did you know so many modern-day businesses such as YouTube, LinkedIn, Zoom, DoorDash, Peloton, Snapchat, Boxed, and plenty of others were founded or co-founded by Asian-Americans? When you reflect on how many of these services have become critically more important during the pandemic with our daily activities, you cannot help but appreciate the contributions by Asian-Americans to our culture and daily living today. Simply helping friends and co-workers realize how Asian-Americans have contributed here in the United States can challenge common stereotypes in positive ways.

Moving forward, maintaining and building new support systems among Asian-Americans will be extremely important. This can mean forming a support group or an affinity group to create a safe, welcoming space to share experiences and thoughts. Or hosting events or get-togethers to raise awareness about Asian culture. Even something simple as educating friends about the amazing companies that everyone uses on a daily basis led by Asian-Americans is an easy, but important way to change and challenge perceptions. These efforts will help Asian-Americans to become stronger together, and create more accessibility for local communities to learn more about and embrace our heritage.

While the rest of the country adjusts to “going back” to the new normal after the pandemic, I believe the Asian-American community has a great opportunity to “move forward” with these small, yet meaningful ways to make the world a better place for everyone. The best part is that this change can start happening with me or you today. 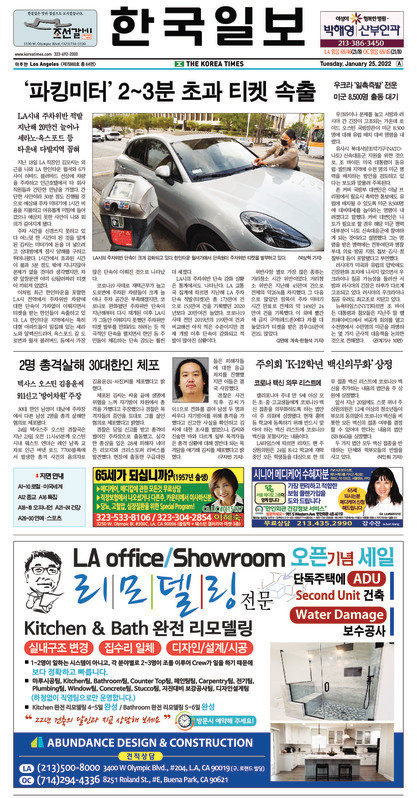